In the game 100 people parachute onto an island and scavenge for weapons and equipment to kill others while avoiding getting killed themselves. The available safe area of the game’s map decreases in size over time, directing surviving players into tighter areas to force encounters. The last player or team standing wins the round.

This game was released on 20th December 2017 by Brendan Greene and Tae-seok Jang(Artist). Brendan Greene has also designed the game. Tom Salta is the composer of this game.

Pubg was released for Microsoft Window’s through streaming early beta access in March 2017, and full released came out in December 2017.

Mobile version for Android and iOS was released in 2018 also in PS4. PUBG became one of the best online playing game on 2018 and got many awards like Best Multiplayer Game and many times nominated for Game Of The Year. Pubg is one of the best-selling and most-played video games of all time.

In PUBG we can see new updation from time to time. New skins comes in every season skins for vehicles parachute guns and emote also. Recently season 9 has began and it has lots on new skins and emote in this season.

In season 8 TDM and Infection Mode added to game. And in season 9 also we can see lots of new update like maybe new map guns etc. 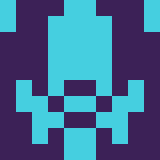 Oneplus Game is all about gaming. Here i will provide you with awesome gaming video for PC as well as Mobile.
More Posts (2)